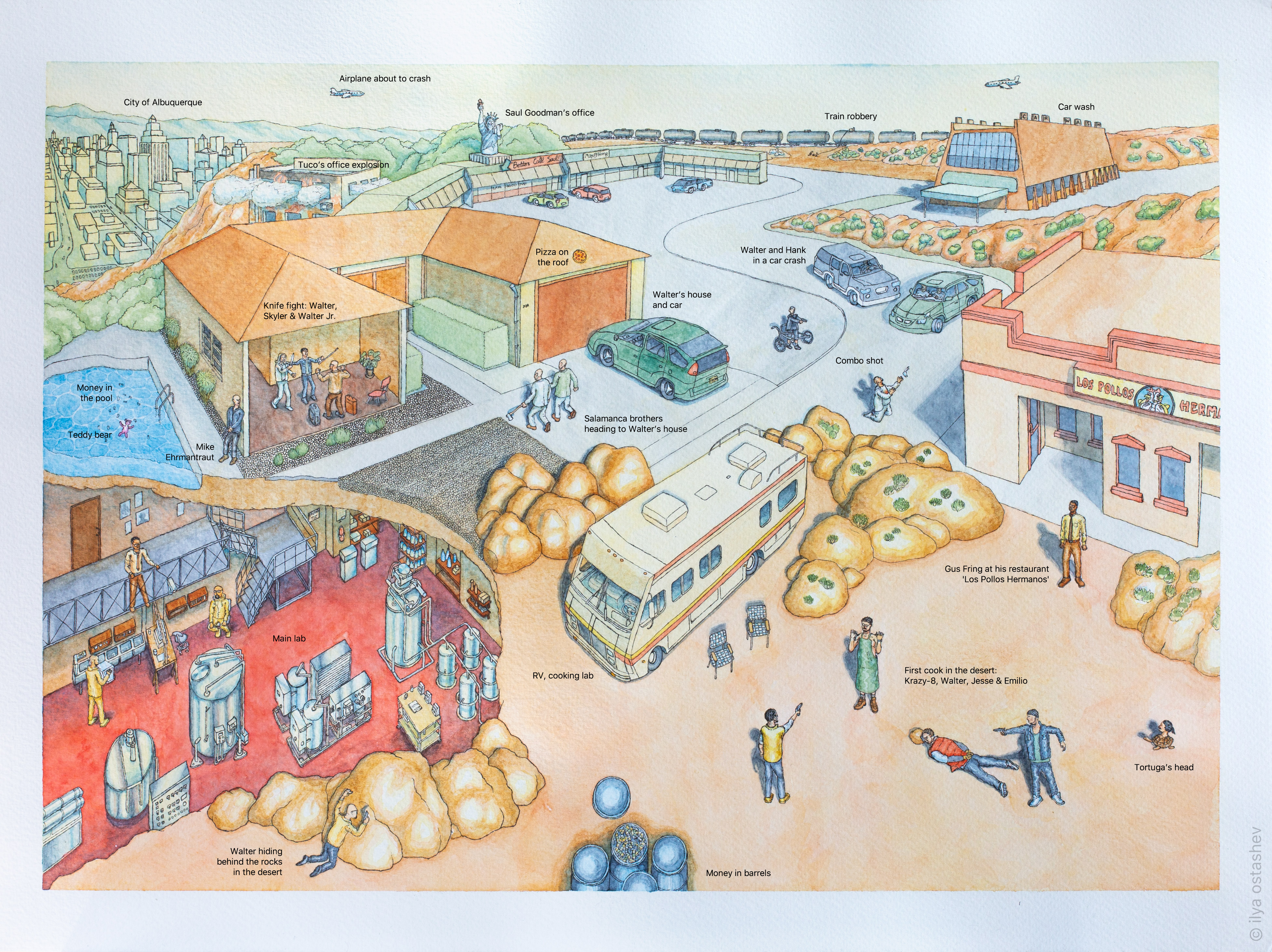 I watched ‘Breaking Bad’ television series all at once, years after the last episode was released. Now I am waiting for ‘El Camino’ movie ?. And besides, I am in the middle of watching ‘Better Call Saul’.

For this painting the main goal for me was to choose the most interesting objects and combine them in one composition. The true fans will, of course notice the inconsistencies in locations. But don’t judge me: this was the only way I could put everything in one place. The painting covers all 5 seasons of the series.

All the depicted objects can be divided into three categories: scenes, locations and characters. The characters mostly appear within the certain scenes, but not necessary.

All the objects are signed on the painting, but for those of you who find it hard to read from the image, here is the list of everything that is depicted:

← How To Scan Watercolor
Criminals Meet the Creatures →