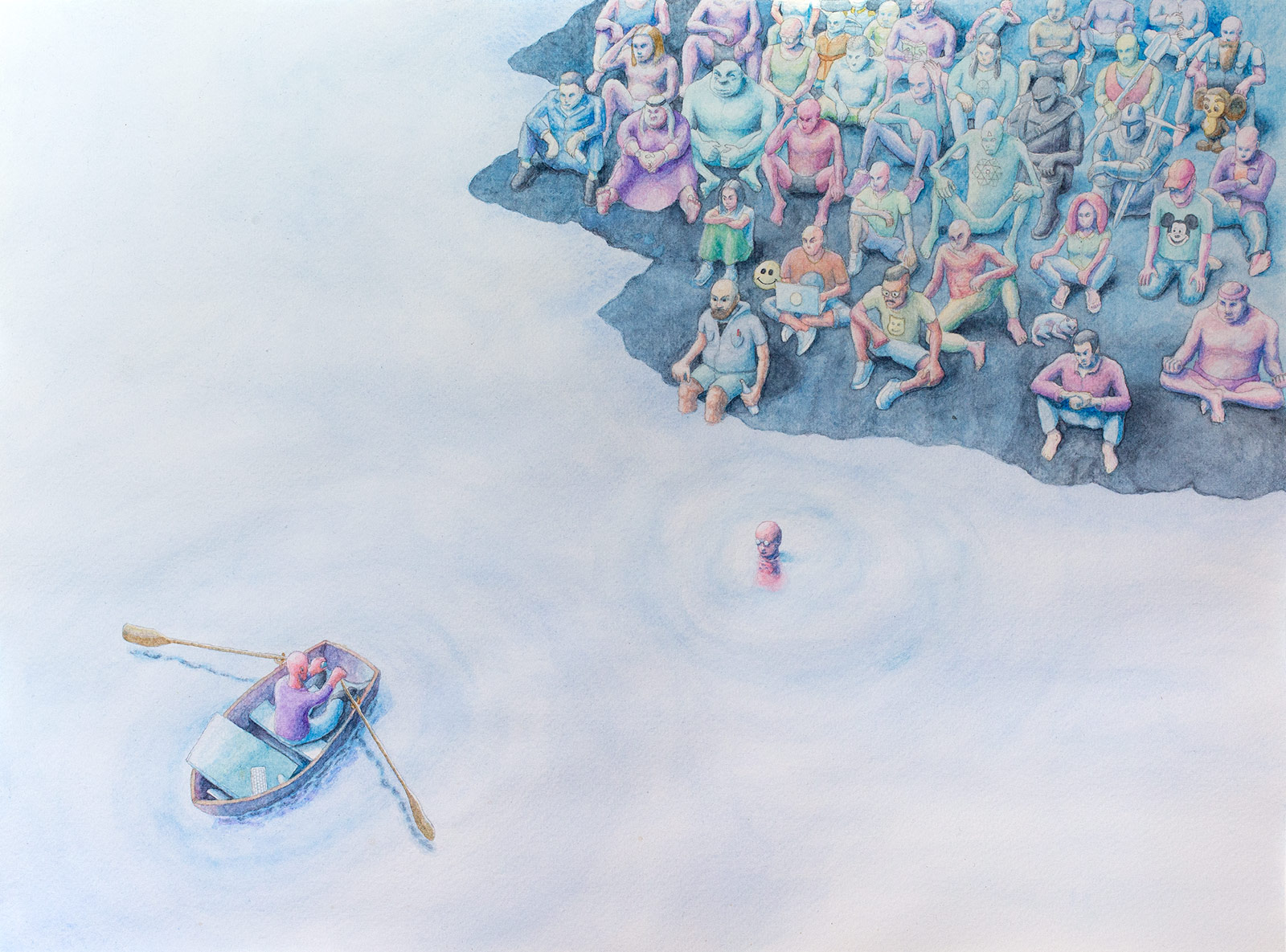 This work was originally considered to be an illustration to the remote work phenomenon that became widely spread all over the world as a consequence of Covid-19 pandemic. As seen on the painting, the further from the main character the other characters are, the more indistinct and blurry they become.

At the time I was painting this work, I left the office for remote work myself, and later on, left the company I was working for. Turns out, I drew my future. Besides that, the main character is also from the IT-sphere.

While I was preparing this work for publication, certain events happened (in our country it is prohibited to call them by name), as a result of which many people left the country. Hence the work has acquired new meaning. New difficulties in life emerged: the future of the ones who sail away became obscure, the anxiety is in the air. The idea of solitude of a human being in modern society is also presented here.

Speaking about the drawing technique, in this work I stopped using the ink pen, and also used the light table on the early stage.